ESPA’s Multidisciplinary Team carried out a “Touring Christmas Signing Carol Service” on the 15th December. Dressed in Christmas jumpers and laden with mince pies they visited several of the charities long term residential services and sang and signed a selection of festive songs.

The charity remains committed towards ensuring that staff are confident and proficient in using signing systems such as Makaton with individuals that they support. The Multidisciplinary Team decided that the “tour” would be a great way to offer their support in meeting this on going objective.

Lisa Goulding (ESPA’s new Speech and Language Therapist) said  “It was an excellent way to use signing to communicate functionally as well being a fun way and to integrate signing into special occasions like Christmas so the service users and staff could all get involved and have fun doing it!” 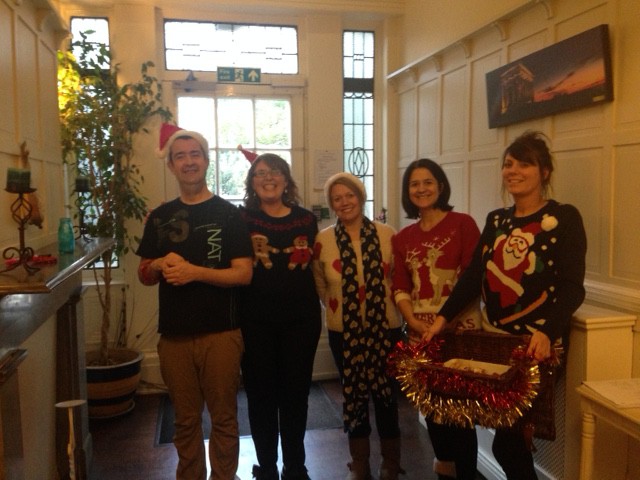