Capturing and responding to “The Learner Voice” is central to improving the educational, emotional and social experience for our learners. We encourage all learners to be actively involved in shaping their own educational experience.

The year was 2004, in many ways, the most eventful year of my life. I was 14, contemplating sitting my S.A.T’s and then starting my G.C.S.Es. My Special Needs Tutor was suggesting to my family to start contemplating where I was going to go when I left school at 16. Before I knew it, we were venturing all the way up to Sunderland to visit ESPA College and after just two visits, I was impressed enough to want to attend.

By September 2006, I had 10 G.C.S.Es and was a fully-fledged ESPA residential student. It would prove to be a very character-building first year for me in many ways. Being so far away from home meant I spent most of my first year feeling very homesick and learning how to be independent proved to be a steep learning curve indeed. The highlights were probably the weekend trips at Westfield and Friday leisure at Tasker but the very best bit was joining the Performing Arts Group. In doing so, I finally found something that I enjoyed and I ended up playing one of the brothers in ‘Joseph and his Amazing Technicolor Dream-coat’ at the 2007 Graduation.

I made many new friends, including former students through reunions but otherwise far too many to mention. I became increasingly independent to the point that I could perform most everyday tasks unsupervised. By the time of my second year I had developed a keen interest in Performing. For the 2008 Graduation, I played the part of Mr Mushnick in ‘The Little Shop of Horrors’, definitely showing the funny side of greed in my portrayal of such a character. I also developed interests in Creative Writing and Film-Making.

In my third year, the time had come to slowly but surely build up the confidence I needed to enter the workplace. Initially I occupied the Receptionist’s Office at the Cloisters before eventually being transferred to ESPA’s Head Office in my last year.

Another barrier I overcame was that of going to General Further Education College. I did not particularly fancy going to G.F.E College in my first year as settling in at Tasker and Westfield was already proving difficult. In my second year, I felt more confident about G.F.E and that led to me achieving I.T. Essentials Level 1 at Shiney Row College in my second year and NVQ Level 2 Business and Administration at South Tyneside in my last year. At first I thought the latter course was not challenging enough.

I achieved a Silver Award in Duke of Edinburgh in my second year which meant for lots of exploration and adventures and fund-raising through washing the staff’s cars, 25 in one day, and selling homemade patisserie and jewellery for whatever charities I and my peers chose to support. I chose the N.S.P.C.C. I attended my first two camping trips in the Lake District and Robin Hood’s Bay, not easy when you are doing it for the first time, not to mention all the walking.

In my third year which was supposed to be my last, I achieved with great difficulty, an AS Level in Sociology at Bede College and put in by far my best performance as Riff-Raff in ‘The Rocky Horror Picture Show’ at the 2009 Graduation. I regard that as my best performance as it was also the hardest part I ever had to learn, especially when it came to performing the ‘Time-Warp’. I also took up Art and helped to organise and contribute to the ESPA Art Exhibition first at the Sunderland Museum and then at Sunderland Minster. It was at Sunderland Minster where, during the Colleges Christmas Service, I did poetry readings.

In my fourth year with only a few third years for company enjoy the Gymnasium and Swimming. I swam a whole mile at the Raich Carter Centre. I played a narcoleptic Argentinian in ‘Moulin Rouge’ and finally graduated from ESPA College in the summer of 2010. I achieved my ambition of moving from Westfield to Cedar’s Lodge a few months before hand.

I eventually moved into ESPA’s then latest residence in Forest Hall in January 2011. I continued doing my placement at Head Office and also went on to gain voluntary placements at an Oxfam Bookshop and Disability North. I grew into a keen writer and blogger in my spare time and even started learning to drive a car! I was also recalled to Tasker to help organise and take part in the performance at the 2012 student Graduation, no wonder the T.A.G (Training and Awareness) Group call me their ‘life-saver’ as I also regularly stood in at T.A.G Conferences. Overall, I developed many new skills and interests, visited many new places and discovered new talents I never knew I had thanks to all the support I received during my 6 years at ESPA.

I have made a lot of new friends and I can travel more independently on buses and metros.  I am currently studying ICT level 2 at Tasker.

Since starting Tasker I have made friends and a got myself a girlfriend.  I am currently studying Core 2 Mathematics at the local GFE.

I have made a few friends since starting with Tasker.  Last year I completed and passed my ICT level 3 courses At Bede College where I got a distinction star and I am currently studying the second year and working hard.   I’ve made a good few friends at Tasker and Westfield.

I have made a lot of friends.  I am getting up on time for college which is something I struggled with last year.  I have passed my risk assessment to walk to college by myself and I can go to local town centre with a friend.

I have made a lot of friends especially Thomas.  I was the main part singing and performing in our graduation day performance in front of a huge audience.

I have 100% attendance so far at Tasker.  I am gaining confidence and independence and have several risk assessments already in the local town. I am hopefully walking to and from college from home real soon.  I have made a lot of friends since starting Tasker.

I have made a lot friends and I go to every social evening.  I am currently studying ICT level 2 at Bede College.  I had to stand up in front of my class and tutor and give a Powerpoint presentation, which I didn’t think I could do, I felt really proud of myself.

I got a distinction star for my level 3 ICT course last year.  I am now on a Business Studies course level 3.  I have also been doing presentations for the TAG group in front of huge audiences all over the country.

I have made a lot of friends at ESPA as well as a boyfriend.  I am studying Performing Arts level 2 at Shiney Row College.  I have been going to ‘Stage Struck’ a dance wear shop in town for my works experience where I now go on my own.

I have written my own songs in the music sessions.  I travel to and from college on my own. 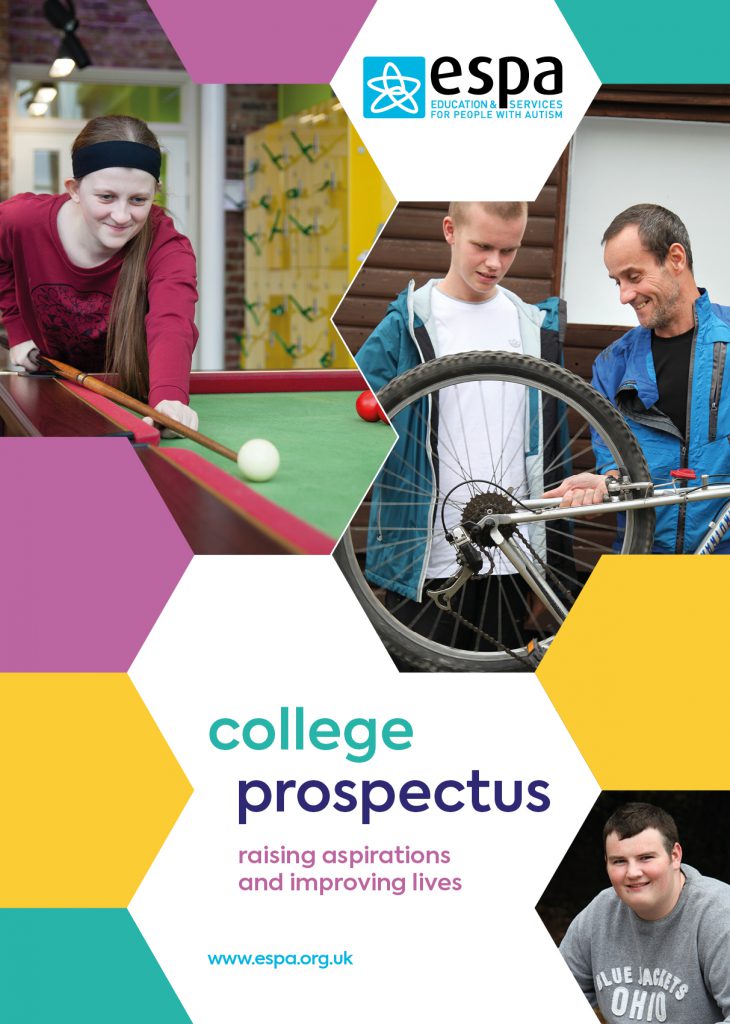 Care, Guidance and Support are outstanding